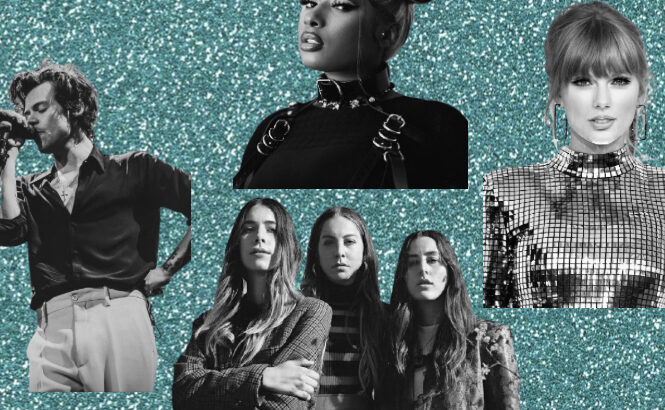 While 2020 might have been the least profitable era in the music industry as well as a very difficult year to record music with COVID restrictions, these artists have used their time in self isolation to create music for their fans and they sure did produce some of their best songs of all time.

There’s just something about music which makes staring at a wall less boring. Imagine quarantine without music (yes we agree, it would be horrible). Whether it’s songs to cry to or have a throwback dance party, here’s a round up of the artists, who, for us, saved 2020.

It is not a stretch to say that ‘Eternal Atake’ is Lil Uzi Vert’s best album yet. In a breathtakingly stunning concept, he delivers some serious rap performances which live up to the hype that surrounds his music. The entire album will literally have adrenaline rushing through your veins. There is something bizarrely unsettling about the music which sucks you into his world.

There’s no stopping this young artist who’s confidence can’t be beaten. While her rise might have been aided by TikTok, it’s true that she has undeniable talent to join the next generation’s greatest artists. In an upbeat combination, ‘Ho, Why Is You Here’ is a debut mistake sung by what can be best described as a confident young woman, fully aware of her worth. Through this, she has already started paving her way to music stardom.

Tame Impala’s ‘The Slow Rush’ is what dreams are made of. A broad spectrum of instruments coupled with seamless production leads to this album making you feel like you’re transcending into your best dreams. Even without the traditional bangers, he manages to deliver a stunning album that discovers the smoother complexities of music.

The now infamous Korean boy band have produced yet another superstar record ‘Map Of The Soul 7’ and have their records to boot for their achievements. Surpassing the sales of some of the highest selling albums, they’ve done it yet again. They’ve created a more musically diverse album which honours their unity and their ever-growing fan base.

‘Chromatica’ by Lady Gaga can be put in plain and simple words as a vibe. She walks back into her ‘dance pop’ days, with music that comes naturally to her. It’s shiny, it’s got the beats and it’s for you if you’re looking for some epic hits for your at-home party. It is a masterpiece from start to finish and discovers the wonderful emotions of life captured into stunning beats.

In an unforgettable rendition of what Pop culture is about, Dua manages to capture the fast-paced tempo of life into her magnificent album, ‘Future Nostalgia’. Producing consecutive hits, this album explores the realms of upbeat music, much like what would be played at parties. If you need some quality party music when you’re home alone, this would undoubtedly be it.

4. The Weeknd: After Hours

One of his most ambitious work yet, ‘After Hours’, sung and produced primarily by The Weeknd produced hit after hit. As is evident from the ‘Blinding Lights’ music video, The Weeknd has put everything and more into his art to create a dreamy fusion of R&B and Pop into a singular album with unforgettable and catchy melodies.

HAIM the Band, featuring the iconic sister trio, Alana, Danielle and Este Haim have created a masterpiece of an album. ‘Women In Music Pt. III’ is a rich album with deeply immersive tracks, creating songs an arrangement of harmonies that is sure to give goosebumps and one which covers a broad spectrum. If HAIM had a peak, it would undoubtedly look like this. But with this masterpiece of an album, it’s for sure they’re only going up from here.

Halsey’s newest album, ‘Manic’ features raw emotions and some of her most heartfelt music. While we know she isn’t one to shy away from expressing herself, the songs in Manic have great beats coupled with genuine emotion, which is a killer combination. She fights her internal demons in a beautiful way and delivers in the form of hit music.

Taylor Swift has swerved yet again into another musical genre and although she experimented with Alternative music, it’s safe to say, she delivered. With not one, but two exemplary albums, ‘folklore’ and ‘evermore’ will hands down, go down in history as two of the best quarantine albums. Seismic lyricism and wondrous melodies come together, delivering two incredible albums with marvellously well-told tales. Its just what we needed in quarantine, beautiful songs to cry to.

Roddy Ricch: After his song, ‘The Box’ went viral on TikTok, Roddy Ricch has had a meteoric rise to fame. Post this, he released ‘Rockstar’ with DaBaby which went viral too. This year, he was also nominated for the coveted ‘Artist Of The Year’ at the American Music Awards.

Tate McRae: The Canadian singer-songwriter and dancer originally rose to prominence as a dancer. She released her EP ‘All The Things I Never Said’; after ‘that way’ went viral, she has been adding numerous feathers to her cap, since, including collaborating with Billie Eilish and Finneas.

Megan Thee Stallion: The confident queen, Megan served with her songs this year. Although a huge part of her success may be attributed to TikTok, you can’t take away from the chart-topping hits after hits that she’s released this year.

Doja Cat: Doja Cat’s ‘Say So’, ‘Boss B*tch’ and ‘Like That’ have been nothing short of bottled confidence. With an upbeat disco-pop melody, 2020 has, for sure, been Doja Cat’s year. Her songs have been hits on the Gen Z dominated app, TikTok too.

Conan Gray: Ever since his song ‘heather’ went viral, people started digging for more songs. His honest point of view, coupled with an angelic voice really makes him one to look out for in future years for music.

Billie Eilish, “Therefore I Am”

Selena Gomez, “Lose You To Love Me”

Lewis Capaldi, “Before You Go”

JP Saxe ft. Julia Michaels, “If The World Was Ending”

The Teen Edit picks products that we think you’ll love the most. We may earn commission from the links on this page.