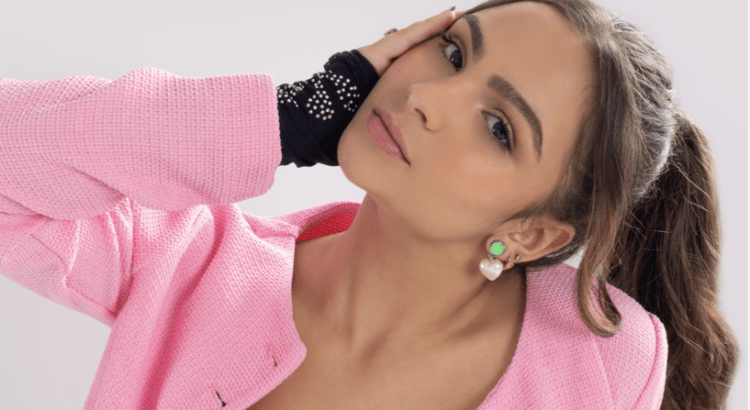 With powerful depth, lively vocals and harmonious production, Israel’s Got Talent’s young star, Yael Danon has embarked on her musical journey as an independent artist. While exploring the complexities of being a teenager, Yael writes about just that. She strikes a harmony between a personal life and songwriting, and derives much of her inspiration from her own life experiences as a young adult. Her music perfectly captures the multitude of feelings felt as a 16 year old girl who’s living and learning.

The exceptional delivery of her music carries her songs, and her Panamanian-Israeli roots influence the uniqueness. As somebody who’s been laser-focused on chasing her musical dreams since the beginning, Yael is definitely putting in the work to reach to where she wants to be, and that started since the pandemic. With the newfound time, she began investing it into the creation of what has now come together to become her debut EP. Reflecting on this, she remarks, “I’ve been releasing music since I was thirteen, and now I’m sixteen. Since the start of the pandemic, I started working on this concept EP called ‘Diary Girl’, and I’ve released my first single called ‘Teddy Bears’ from this EP, so I’m very excited about that! The quarantine made me realize how much I love songwriting. I actually started writing and singing my first ‘funny’ songs when I was eight, and took my purple diary where I had my songs written to my music teacher. Later, I saw this advertisement for a talent show, and in my head, I thought ‘Oh, I really want to audition for this, just because I wanted to participate in the show. Since then I realized I loved doing this and by summer 2019, I’d won Israel’s Got Talent!”

Ever since then, she’s come a long way. Yael’s undeniable passion for creating stellar music that’s relatable into the realm of taking her passions forward, and creating an actual career from it. “Since I got that adrenaline when I was 8, I figured out that I do want to continue with this. I want to be a singer and I feel like it’s every little girl’s dream, but it genuinely was! But the moment where I was like ‘this is what I want to work on, I want to invest my time and thought process’ and it wasn’t just a dream was when I won Israel’s Got Talent. I figured that it could be something real.” She harnesses the most powerful emotion: relatability, which manifests in the form of tangible music, that features raw and passionately-delivered vocals. Her hearty music weaves in elements of indie pop, combined with rock, which all ties in with her girl-next-door style of songwriting to form music that is wonderfully creative.

While talking about her EP, ‘Diary Girl’, she’s got a lasting smile plastered across her face. “They’re pretty much diary songs. What I like to do personally is have my notes app, I always write in my notes app! Basically writing about things that happen to me at the moment. I do like writing about it as if it were my diary, and then I sit at the piano, trying to figure out the melodies to match with the vibe of what happened to me and how I was feeling in that moment. And then I compile it into a song. It’s pretty personal and it’s nerve-wracking to share my experiences but I feel like that’s what I’m meant to do as an artist.” Yael is one to ensure that her personality shines through in the music she creates. She does this with intention; having been brought up in Panama, as an Israeli, the influences of the two cultures make mild appearances in her music. “I’m very connected to my Panamanian-Israeli roots so I feel like that has influenced me a lot in the music I’m making today. The experiences I’ve had, the community in which I grew up in; it’s definitely influenced my lyrics and songs. In some songs, I like to incorporate slight elements of my two homes. A little bit of Latin and a little bit of Mediterranean, I definitely like to incorporate my identity in my music!”

As a young artist who’s carving her own path, Yael is taking the reins to create a genre of music that expresses her versatility as an artist. “Once you listen to the EP, it will give you a sense of Billie Eilish, she’s definitely been an inspiration through her music. Also love Coldplay, it has some influences from Coldplay just because I listen to them all day, everyday! It also gives a bit of Olivia Rodrigo, just because they’re diary songs that are relatable.”

Listeners are captivated into the world she’s created, but the journey to establishing herself as a global artist at the age of sixteen has not been an easy process. What may come off as ‘overnight success’ is actually just the opposite, and Yael intends to emphasize this. “One of the things I’ve learned from Israel’s Got Talent was patience. It was such a long process, and it was very tiring but you learn that everything comes and goes. You just need to wait for things. This whole music career has taught me patience because things don’t happen overnight in the music industry. It is hard work and constant work.”

Her new single, ‘Teddy Bears’, is a feel-good track, coupled with elements of engaging, understandable emotions. Through the fusion of incredible production and songwriting, Yael conveys just the sentiments she intended. “I was in this jam session with producer and co-writer, Joel Iglesias and writer, Valentina. I remember it was right after my vaccine, it was very funny! I was just thinking about situations that happen in my day to day life and I kept thinking about this once situation that keeps happening to my friends and I hate to admit it, but it also happens to me. Teddy Bears is basically about that good friend that’s warning you not to get with this guy that ‘he’s a red flag, get away,’ but you’re already crushing on him, you know what I mean? So this song is like me giving advice to my friends and maybe myself!” she says with a laugh. “It’s basically about the cute, stupid shit that you’re falling for, instead of looking at the big picture. It’s not all roses and teddy bears, it’s who he is. I feel like this song is really relatable because we’ve all been in this situation, or seen our friends go through it.”

Being a young artist and racking up this level of success is not easy. However, having to balance work, school and a social life when you have just 24 hours a day is incredibly difficult. Luckily, for Yael, she’s naturally able to strike a balance in every element of her life. “It’s very important to stay grounded, to always be humble and understand that we’re human beings and we’re all the same in that way. For me, I have an obsession with schedules and to-do lists, so I plan every week. Like I have school, I have piano lessons, production sessions and I’ve to see my friends. I think it’s very important to organize my life with social activities, just so everything is pretty balanced, with work life, school life and friends because a social life is very important to me!”

And so she goes on. Exploring, experimenting, creating and repeating. As a young artist with much to look forward to, Yael reflects on what she’s most excited for. “I’m looking most forward to performing the EP, definitely and for everyone to listen to it! I’ve been waiting for a year, so I’m very excited. I can’t wait to perform these songs, and I feel like everything’s so much better live – you get to feel the emotions again!”

Music has quite literally changed her life, and changed the way she sees herself. “Before COVID, I used to be much more insecure. These past two years have been a journey of self-love and understanding that being your authentic self is about understanding who you are as a person, it’s about spending time with yourself. I actually set dates to go out to a coffee shop by myself. Understanding who you are will allow you to understand that there are people who will love you for who you actually are, and I think that’s so important.” With a mindset like this, Yael is set to influence many lives, not only with her music, but with her attitude and positivity. It’s going to be a wild ride, but she wants us to join her.