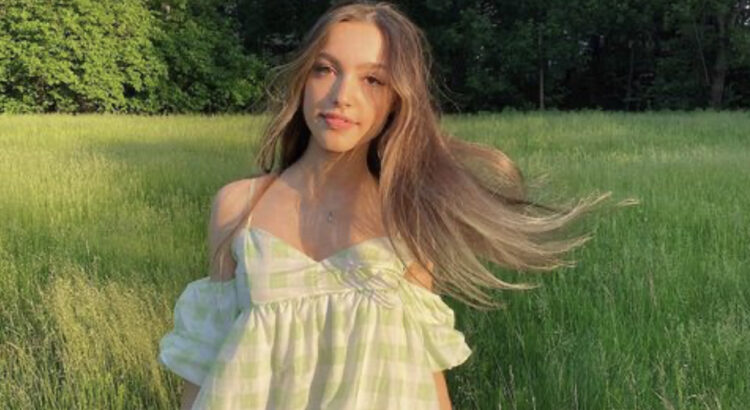 Sydney Serena is a YouTuber, whom, at just the age of twenty has accomplished many milestones for herself. She has scored a cool two million subscribers on YouTube, but she’s not stopping there. She is an advocate for self-love, positivity and the importance of mental health.

She moved from her hometown Minnesota to Los Angeles at a very young age, and has since, learnt a lot about herself. Sydney is constantly influencing the youth in a positive way. Stick to the end to get to know Sydney and some very important pieces of advice from her to you.

Sydney on Self-Confidence and Her Personality On & Off Camera

Sydney believes in being happy and confident in your own skin and does not waste time worrying about how others will react and their opinions don’t concern her too much.

When asked about what advice she would give herself is she were to become an influencer all over again, she said: “I would tell myself to have more confidence in what I’m posting. If I like something, I should post it because I like it and not worry as much how others perceive it. After all, you can’t please everyone- so why waste time trying?”

Sydney comes off as a very friendly person, if you watch her YouTube videos. In reality, she may be a little more ‘shy’, but she is the same genuine person. She enjoys hanging out with her friends and many of them, even feature in her vlogs.

When asked about whether she is very different on and off camera, Sydney said “Yes, and no. Of course, on camera I’m the most outgoing version of myself since I’m talking to an audience. But I find I’m pretty similar in real life, just a bit more mellow depending on the social situation. If I’m with my friends, I can be a bit more more outgoing. Just depends on the day and social setting! However, I try and carry my on camera authenticity off camera to create genuine friendships.”

The Cons Of Being in the Spotlight

Life in the spotlight means dealing with negative comments and no matter how minimal they may be, they can be discouraging. Sydney, however, stays focused on the kind ones and does not believe in engaging with the negative side.

Sydney’s mantra to dealing with the hate is: “I don’t. I don’t reply or engage with it because that only fuels the fire. I try and remind myself that those people don’t truly know the person I am, and they’re only judging me on a fraction of the person they think I am. I get too many kind comments to waste time worrying about the negative ones.”

“I dream to be a positive influence in people’s lives. I want to be a light to others who may be going through a dark time, and to be a good friend to others.”

Being The Best Version of Herself

Sydney is a genuine and authentic person and believes in spreading the same message. Her close friend, Corey La Barrie, who passed away earlier this year, taught her many lessons and being yourself is just one of them. He also is the person who inspires her to be the best version of herself.

“He left a huge impact on my life, and he always encouraged me to be myself. There’s no point in trying to please other people by being someone you’re not, and you make much more genuine connections when you are authentically and unapologetically yourself! Corey showed me this through the way he treated me as a friend, and how he always told me to ‘do you.’”

Sydney is a positive influence on a younger demographic of people, she always wants to bring light into other people’s lives and leave an impact on people. She is always working towards spreading happiness, positivity and love.

While reflecting upon what she dreams to be, she said: “I dream to be a positive influence in people’s lives. I want to be a light to others who may be going through a dark time, and to be a good friend to others. I believe life is about making genuine connections and the impact you leave on other people’s lives. I hope to do this through continuing to create Youtube videos and making new friends.”

Sydney’s creative outlet is her YouTube channel and her comfort level on camera is clearly evident from the confidence she displays in her videos. She loves creating and putting out content.

The YouTube path was never an uncomfortable place for her to be. Sydney remarked: “I was never really definitive on wanting a career in the entertainment industry, but rather my passion for creating led me there. I’ve always loved being on camera, or acting in plays, so I find it came pretty naturally!”

Sydney repeatedly lays emphasis on the fact that nobody is perfect and how you should be happy with yourself. She even filmed a video with her friends, which conveyed the message of how important it is to not compare yourself to everything you see on the internet.

“While I enjoy making funny and lighthearted videos, I also like to make videos with a deeper meaning that provide substance and can possibly help my subscribers if they’re going through something I have gone through. One of my favorite examples of this type of video was my video titled “Dear Teenage Girls,” which, through music, emphasized the importance on taking breaks from social media and to not compare yourself to others.”

In the day and age of social media, it’s hard to get a break from the constant inflow of criticism and comments that can have a negative impact and be detrimental to our well being. It creates feelings of dissatisfaction of living in one’s own body. Sydney, however, is constantly pushing forward her message on self-love.

“If you can’t love yourself, nobody will be able to love you the way you want them to. I find it’s so important to rely on yourself for your happiness rather than others, because the only person you can control is yourself. Focus on the things you love about yourself, rather than picking apart your insecurities. I also recommend going on Pinterest or simply finding inspiration in everyday life to create your own style and aesthetic! I find this to be so much fun and almost empowering- creating or forming your own style through clothing, music, room decor- Whatever it is, make sure it represents you and what you love. It doesn’t matter what anyone else thinks as long as you love it!”

How Sydney Would Spend 100 Million Dollars

“Very interesting question! I would buy my family and myself a home, probably in Minnesota. I’d also give some to my parents so they could retire early. I would also use some of it to travel; I would love to go on a missions trip in Africa one day. I would also love to donate to charities such as the Autism Research Institute.”

Sydney on the Message She Wants to Spread

Sydney is viewed as somebody who’s always smiling and happy, but behind the scenes, just like normal people, she has experienced how difficult social media can be at times. She has influenced many pre-teens and teens to stay positive and spread love.

When asked about the message she wants to spread amongst her followers, Sydney was quick to respond with an extremely important message that a lot of us need to hear.

“The overarching message I try to spread is to remain as positive as you can. I understand the many challenges we are presented with in life, but I try to handle them with as much grace and positivity as possible. I also encourage my followers to take breaks from social media, and to spend time with the people they love. While I love social media, it can become very draining very quickly- and I find it can grow very unhealthy if it’s not used reasonably.”

Sydney is also extremely appreciative of her fans. A lot of young people say that she inspires them to be better people. Sydney even sent a cute message to her fans:

“Thank you for being so loyal and kind. You guys say I inspire you but you guys inspire me more than you know.”

When she was asked about the career highlight that she was most proud of, Sydney told us: “Moving to Los Angeles. I’m most proud of this not only in terms of my career, but in my personal development. I never would’ve imagined myself moving across the country alone at such a young age, but I’m so proud of myself for taking that leap and for learning so much about myself along the way.”

In order to discover her taste and for you to get to know her better, we asked her some questions about her likings.

A dream place to visit: Paris

A dream you wish to accomplish: A personal dream is to have a family of my own one day.

I’m technically a Cancer, although I don’t read up much on the traits with my zodiac sign as I’m not a big believer in them to be honest. But I can say that I’m very family oriented, which I know Cancers are known for!

Stay On The Radar: Keep Up With Sydney’s Social Media Accounts: