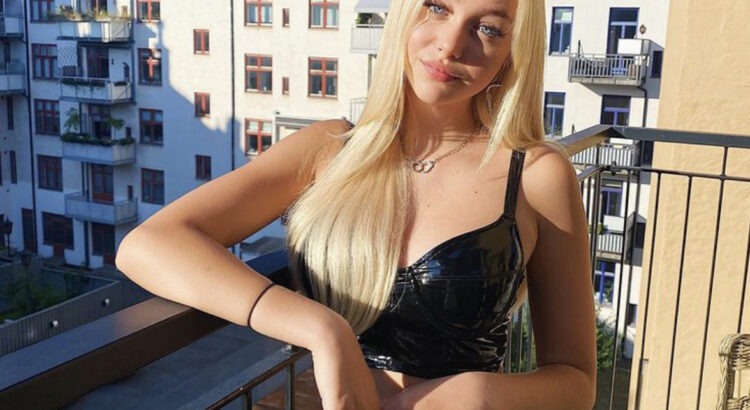 Before the entire world went virtual in 2020, TikTok was already gaining millions of users everyday, typically because it is an entertaining outlet (to be more specific, the only one that we’ve been scrolling through for hours on a daily basis), but also a place to express creativity. The social platform quickly gained traction because it allowed users to create any type of content they wanted to. From just having fun on TikTok to having 1 million plus followers on Instagram, Havanna Winter has become a social media sensation. The Teen Edit had the opportunity of talking with Havanna Winter, who talks about social media, going viral and having a massive social platform. Havanna is currently working on making music and honing her acting skills. Read till the end to find out how a teen from Norway built her social media empire, this is: Becoming Havanna.

TikTok gained massive attention from everyone in 2020, and along with that came some social media influencers who made their way to the top, one of them being Havanna Winter. From being a normal teen exploring life to becoming a huge social star with a massive audience and getting brand deals from some of the world’s biggest brands, Havanna Winter has now established herself as a social phenomenon. When asked about how she started gaining momentum on TikTok, she tells us: “I went viral in March, 2020 on TikTok with a video that got 18 Million views. Then I was posted by a famous Disney star named Cameron Dallas twice when I did two TikTok videos to two of his songs.”

“I have different platforms and I use them in different ways, but I always try to be real and put a smile on people’s faces.”

Havanna is as unproblematic as one can be, and really just has fun and fully immerses herself in whatever she does. She stays away from the drama as far as possible. However, being in the public eye can be draining, especially when there are so many trolls online. If Havanna could give her followers advice on being an influencer, it would be this: “Be yourself, don’t mind the hate comments, have fun and stay away from the the drama.” In addition to that, she doesn’t immerse herself in the hate comments. With the haters flooding social media, it’s easy to get involved in the bad things that people have to say about you. When asked about how she deals with all the hate and negative comments, Havanna said: “I don’t honestly. I barely read my comments and if there is anything negative, I just ignore it!”

Havanna had a clear answer to what she dreams to become and knew since she was young.  Entertainment has been an area of interest for her ever since she was 9. “I always loved to perform and putting on a show since I was a kid and when I started doing musical theatre at the age of 9, my mom realized that this was going to be my thing.” She added, saying that her mom inspires her to be the best version of herself.

“Be yourself, don’t mind the hate comments, have fun and stay away from the the drama.”

Becoming an artist and actress are two of her biggest dreams that she wishes to accomplish and she’s working on it everyday. She’s always working to create opportunities for herself in the fast-paced entertainment industry. How far she’s come since 2019 is already very impressive, but Havanna’s made it clear that she’s just getting stared. As of late, she’s been actively involved in working to create her own music. She also tells us that she is currently in the process of developing her acting skills, working everyday on developing her craft as an actress in order to pursue her dreams and make the most of her talent. On a more light note, when asked about who she would dine with, if she could dine with any one person, living or dead, Havanna said “Robin Williams, because he seemed like a really kind person. He was my favourite actor and he was really funny.”

With more than 1.1 million followers and a mark of verification on Instagram as of publication, Havanna’s social platform is growing at a quick rate everyday. However, along with a larger following comes greater responsibilities to be a positive influence on the larger part of one’s follower demographic. She has an ever-positive approach and the biggest message that she wants her followers to know is that “kindness is the most important thing.” When fame comes your way, it is easy to forget about authenticity, but Havanna-style, she doesn’t let the fame get to her head. To her, it’s not about the likes she receives, but the person she really is, behind the screens. Havanna’s mantra about social media is simple: “I have different platforms and I use them in different ways, but I always try to be real and put a smile on people’s faces.”