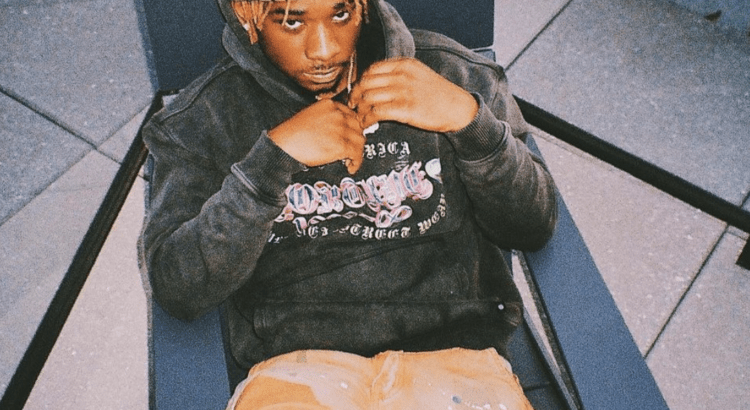 Fearless, ambitious and youthful encompasses YungManny in three words. The 18 year-old rapper’s music are a distillation of his approach to crafting captivating tracks, that capture the ears of all his listeners. The sharp and tight rap flows of his verses, coupled with his unique ability to create a stellar transition from rap to singing is what grasps everybody’s ears. His musical sharpness is undeniable but the most exhilarating part about himself is his truth: he wants to outdo every musician in the history of time. After the release of TikTok viral song ‘Clap For ‘Em’ featuring Flo Milli and Sada Baby, he’s already embarked on his path to becoming one of the most recognized names in the rap world and beyond. His distinct energy and boundless passion allows him to break into any genre he wants, without breaks or boundaries. That’s what is so unique about him; his infectious energy and high spirits ensures longevity in the competitive music industry. Even through the screen, he is a bundle of radiating light and positivity.

Having a natural ear and inclination towards music, especially rap, from a very young age, he knew he was building up his work to attain absolute mastery of clean rap combined with exquisite production. “I’m grateful for the success on my tracks so far, I feel like I’ve been meant to do this and I’ve been planning this for years so it’s nice to see some of my hard work being translated into success. We’ve been on this man.” From beginning his journey at a mere 12 years of age, he’s been on the grind since he was young and he feels a sense of obligation to his younger self to achieve the ambitious goals he set himself. To put it plainly: it’s his work ethic and drive to be the greatest that has made him come this far. “Just that grind, just that childhood dream of mine is still in my head. I know what I’m supposed to achieve, I know who I’m supposed to be in this world. I have never let go of it and I don’t think I ever will. My goals are bigger than the average person’s, but if I can dream it, I can achieve it.”

YungManny is now garnering the support of thousands of people worldwide and with his mentality, it’s safe to say he’s on his way to becoming a household name in the rap world in the near future. Although he’s been at it for over six years now, he’s got the passion and a thought process that catapults his thoughts into a uniquely creative vision that allows for natural music. “Now that I’m a little more experienced, I like to let the vibes just flow – art has no limitation, you can’t place any barriers on yourself or else you’re not getting the results you want. You can’t say ‘I have to make three songs today’ or ‘I didn’t do good today’, because then you’re just setting yourself up for disappointment. You gotta go with the vibes, you know? Sometimes you’re going to get two songs done, sometimes you’re not going to get two lines done. Following your spirit, following your heart is so important because your intuition and gut is everything in this world.”

It’s safe to say, his no-bullshit attitude has helped him come a long way. As a person who picks up inspiration anywhere he finds it, YungManny has the clean ability to harness practical expertise into the creation of new music. His audios are now a reflection of his Nigerian-American upbringing and the culminated environment he thrusts himself into, in order to reach peak creativity. “I got the Afro-beats, the gospel beats that play in church, the hip-hop music from my American friends, the contemporary music from my chill friends, the EDM beats from my weird friends and whatnot”, he says of his versatility. “I’m a big melting pot; I lift it all from everywhere.” It’s just as cool to find fragments of your favorite artists, in one person’s music, and YungManny is the exact embodiment of that one person as he admits, “we’ve got a little bit of Michael Jackson in there, Drake, got some Kanye, a little bit of NBA YoungBoy, got a lot of Manny, that’s the main thing, I can tell you that!”, he says with a knowing shrug. “I take inspiration from anything – anything, anytime, any album.”

Art has no limitation, you can’t place any barriers on yourself or else you’re not getting the results you want.

Walking into 2022, he already carried the success of his viral single ‘Clap for ‘Em’, on his back, which he describes as ‘a vibe’, and we can’t help but agree. Everything about that song delivers fun, along with a throbbing chorus. “Once we left the studio after recording it, it was a session like no other. I don’t have too many songs that sound like it and I didn’t know it was going to catch onto Tik Tok like it did, but I kinda knew at the same time.” It’s just this natural sense of intuition that allows him to explore, create, succeed and then create more. “Flo Milli has been my friend for a very long time, so it was very natural and never forced. She likes my music and I like hers. I wanted to see what she could do with it. As soon as I heard the beat, I knew this is what I wanted to send her. It’s the only song we’ve worked together on and it’s blown up so I’m excited to see what we can do in the future. Sada Baby, it was my first time collaborating with him and he delivered as you see for yourself! We pulled up to a guided studio session, and he had a lot of fire beats, but  when I heard that one beat, it was like none other. It was a challenge, and an experiment at the same time and I think it was a successful experiment.”

Manny’s music illustrates his versatility, and depicts that he’s a relentlessly passionate musician who’s open to exploring all the realms of the rap world. For one, he’s not limiting himself to jump on bandwagons, which clearly reflects in the music he creates. His new record, ‘Waldo’, taps into a completely new type of percussive beat, that decorates the track and elevates it to a whole other extent. “It was a lot of fun to make Waldo, it’s a new area, it’s not my usual type of thing but I’m enjoying the New York swag. I started the production and beats in New York and it’s got a whole lot of the Big Apple vibes.”

He was already achieving big feats, but now he’s ascending to the global stage with his new hits, which brings him on the radar of thousands of listeners worldwide. While reflecting on how far he’s come, it’s evident that he’s not stopping anytime soon. “I’m on the road to being the greatest, the biggest and it’s nice to have hits. But in this industry, you have to have consistency to have longevity. I think it speaks for itself that a song I released three years ago is going viral on TikTok right now so it’s like I’ve been coming and I’m going to continue coming and the best is yet to come.” That’s what sets him apart: his laser-focused attitude allows him to be a galvanizing force in the industry, all while cutting through the self-doubt and racial stigma he had to endure as a kid.  “I would say finding clarity in myself, finding out how cool I really am has been an inspiration for me to be authentic. Back in the day, I was taught to dislike myself cause it wasn’t cool to be a dark skin African kid, with the 4C type hair, but now it’s something that I embrace and it’s who I really am.”

I would say finding clarity in myself, finding out how cool I really am has been an inspiration for me to be authentic.

The duality of his flow between youth and adulthood reflects in his persona, and his youthfulness always seems to shine through, while also moving with maturity. As of today, he’s more focused on building a legacy that lasts far longer than him, than anything else. “Keep it coming man, the train doesn’t stop. I will keep feeding my loyal supporters who love me and have gotten me this far, make better music and reach new highs every day. This is bigger than me – it’s for my kids and my grandkids and anybody who ever has this has the last name ‘Manny’. I’m trying to build a kingdom that lasts long after I’m gone.”

It’s honestly inspiring to see such a young musician move with so much drive and knowing power within him. With a steady plan for the future in mind, Manny reflects on his goals for his yeand and says “I’ve got a couple of singles lined up, I got a song called ‘Murder Man’ on the way and a couple of others as well, along with videos for all of them. I think it’s all just going to add to the mountain of success we’ve got going on”

YungManny never misses an opportunity to show off his broad range of natural musical capabilities and that’s exactly what proves his boundless creativity. Lyrically, sonically and melodically – with his work ethic, Manny is definitely on the road to becoming a timeless embodiment of a true artist. The brilliantly choppy beats coupled with tight rap verses is an art dominated by him. As a person who’s always advancing towards bigger projects, Manny says, “I’m ready for the next thing and I’m excited for the world to hear all my new music”. This is what he does best and you sense his defining moment is just down the road.