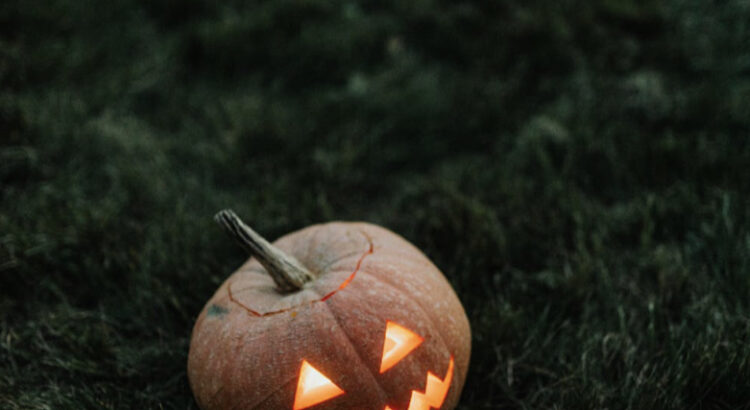 In this op-ed, The Teen Edit explains the real history behind the famous public holiday, Halloween.

Halloween is a lot of people’s favourite holiday, simply due to the fact that they can wear whatever they want and they know they won’t be judged. Plus, it’s time for carving pumpkins, dressing up, movies, makeup, Trick or Treat, decorating your house and there’s so many other things you can do on this day. But a lot of people out there are simply enjoying this day, without knowing the history behind this famous day. Let’s break down the dark history behind Halloween and understand some spooky myths and facts about this day.

Why is Halloween celebrated?

According to History.com, Halloween is a holiday, which has become a tradition, which originated from the ancient Celtic festival of ‘Samhain’. The Celts, whose population was the most dense in Ireland, celebrated their harvests on the night of October 31st. On this day, they believed that the boundary between the living and dead were unclear. Various traditions involving otherworldly spirits came about. As the influence of Christianity gradually spread into the Celtic land, and the Church’s influence blended with the coexisting Celtic traditions.

A while later, the Western Church began commemorating 2nd November as All Souls Day, a day to honour the dead. Today, Historians believe that All Souls Day was the Church’s attempt to replace the already-existing Celtic festival with a similar church holiday, with related traditions. All Saints Day (All-hallowmas) came to America soon after, and slowly received the name ‘Halloween’.

Halloween has grown, over the years, to become the second-most expensive commercial holiday, Christmas topping the list. The tradition of dressing up in costumes has came about(it was borrowed from the Europeans). At the beginning of the 20th century, Halloween became more of a fun day, rather than a mysterious one. People in the United States began to be celebrate it as a fun holiday, filled with dressing up, having fun with family and friends, doing unique makeup and watching horror movies.

Today, Halloween is one of the biggest celebrated festivals around the world. People from different cultures and countries come together to celebrate this day, being as innovative as possible with their looks. They come up with all kinds of costumes and makeup ideas, as this is the day that they can bend all the makeup rules (not that there were any to begin with). From cheerleaders to clowns, everyone is dressed up as something.

As the tradition of Trick-or-Treat started evolving, it became more and more common amongst the people, particularly, children. ‘Trick-or-Treat’ is exclaimed by children on the Halloween day as they go from door to door asking neighbours for sweets. Carving pumpkins, visiting pumpkin patches, watching horror movies, trying pumpkin-flavoured food, baking Halloween-themed cookies and hosting Halloween parties as a whole, soon became famous traditions.

Some Chilling Myths & Facts About Halloween

According to the Irish legend of ‘Stingy Jack’, Jack didn’t want to pay for a drink, so he convinced the devil to turn into a coin, which he took and kept it in a silver cross, to prevent the devil from regaining his identity of the ‘devil’ again. The following year, he did this again and the devil was made to promise that when Jack died, he wouldn’t keep his soul with him, or send him to Hell. God didn’t want a cunning person in Heaven and the devil kept the promise of not taking Jack to Hell, so Jack was only left with a piece of burning coal to light his path at night. It is believed that he has been roaming the earth with it ever since.

Halloween Folklore is extremely suspicious and creepy. According to a piece of the Halloween folklore, if a girl walks down the stairs backward holding a mirror in her hand, she’ll be able to see the image of her next lover in the mirror.

Another popular piece of the Halloween folklore is the presence of cats and the stories associated with them. During the Samhain festival celebrate by the Celts, the Druids used to throw cats into fires and wicker cages, as a part of the religious proceedings to honour the Celtic deities.

The fear of Halloween (the festival as a whole, including all its aspects and traditions) is known as ‘Samhainophobia’.

It is widely believed that if a person wears his or her clothes the wrong way, and walks backward on Halloween, they may see a witch. Also, according to a belief, a baby born on Halloween possesses the ability to talk to spirits.