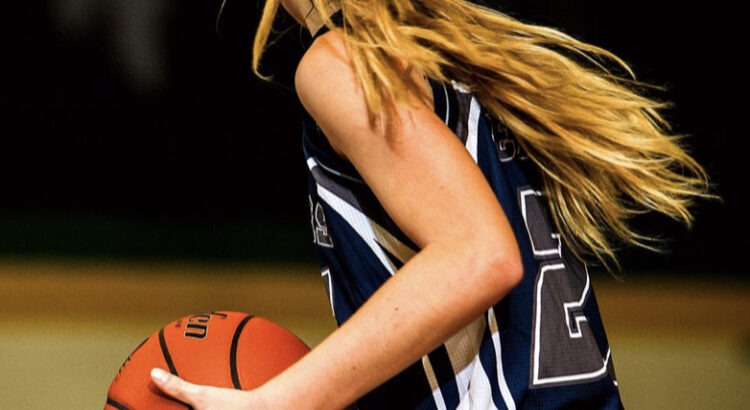 In this op-ed, The Teen Edit talks about the problems faced by women in sports. Trigger warning: mentions of sexual assault, eating disorders

Over the last few years, the prominent gender gap in sports has progressed a great deal. Females now get to enjoy participating in a sport, whether it be in the high school team or at a professional level. But we’re far from having an equal playing field for both men and women, metaphorically. While females might be getting equal opportunities while practising their sport, it’s important to note the general behaviour of society towards females in sport, outside of the playing field.

The General Problem: Why Does This Gender Gap Exist?

Growing up, it’s been instilled in us that males are the stronger gender. As females, we were not allowed to question this ‘fact’ or seemingly even talk about it because it would be ‘controversial’ and bring up fights. This actually accurately explains why this gender gap exists. We’ve been so whitewashed with unconfirmed facts that males are supposed to be stronger, leaner, lift heavier that we never even bothered to think twice about whether that might be actually true. As young children in school, all of us were made to play sports and on the field, it was ‘radical’ or ‘shocking’ when girls kicked balls harder or ran faster than some of the boys because that was apparently not how it was supposed to be.

Fast-forward to a few years, when high school girls started enrolling themselves in sport and started getting serious with it, we started building up muscle and in the hopes of not getting too ‘muscly’ or being criticised by everyone for having broad shoulders or strong legs, a lot of potential olympians dropped out of their sport and stopped pursuing their passions because of the obvious criticism that came along with being a female in sport. When girls speak with authority on the playing field, it’s looked down upon. But, there is no problem when misogynistic coaches say ‘play like a man’ or ‘don’t cry like a girl’. In fact, if you look up ‘sports’ right now, you’ll be able to spot the obvious.

The Publicity, The Views & Pay Gap

If you saw Michael Phelps or LeBron James at a grocery store, just imagine the number of people that would be crowding them and the chaos with people asking for pictures, autographs, shouting out at them and all sorts of things. Now imagine if you were to meet Katie Ledecky, an exceptional long distance record-holder in swimming, or Brianna Stewart, the top-ranking basketball player in Women’s NBA. That’s right, the crowd wouldn’t be half as big as the former case and many wouldn’t even know about or have recognised these powerful women.

This leads us to the other problem, which lies in the significant lower number of female sports viewers as compared to that of males, and a consequently low pay. If you think about it, you’ll realise how greatly inspired and invested you are into watching a male soccer game. Now think about whether you’ve even been half-as invested into watching a similar female soccer game, or have you ever watched one? It takes no research to prove that the number of people that view female athletic games are significantly lower. This results in a much lower pay gap. A lot of female athletes base their living around their sport and they create their lives based on what they earn through sport. Now, with this clear disparity in the pay gap, female athletes are unable to rise above the never-ending circle of life which causes them to be paid lower as compared to their male counterparts, even though they’re putting in the same amount of effort, time and strength.

Female athletes are often gazed upon as out-of-the-world creatures. With a strong framework and ability to lift heavy, it’s considered to be ‘astounding’. And when enough muscle is built up to compete in their sports at the best of their ability, they are criticised as being ‘bulky’ and ‘manly’. Females in sports have to receive a wide variety of unpleasant comments about their bodies, which can lead to a psychologically draining path and ultimately be detrimental, causing a variety of disorders including BDD and a possible ED, which is very hard to get out off. While this may not be talked about often, it is sad, but true.

“Thanks for forcing me to learn to love myself and my body. My muscular arms that were considered weird and gross when I was younger have made me one of the best gymnasts on the planet.”

The Sexual Hurdles Women In Sport Have To Overcome

It’s now literally become normalised that if you’re a female, you have to be subjected to sexual comments. Not only that, many females in sport, particularly gymnastics have admitted to being victims of sexual assault or have been uncomfortable in certain circumstances, while with their coaches, physiotherapists, etc. Sexual assault, as any survivor would agree, is a hard thing to recover from and  while everyone takes their own time to heal, it’s not an easy thing to come out of and many people are also subjected to years of pain and PTSD.

In addition to all this, playing a sport while being on your periods or during the postpartum period isn’t easy in any way and women aren’t given enough credit for that. Powering through an intense workout that varies from sport-to-sport, but on an average, for two hours requires a lot of mental strength, physical strength, endurance and determination and can cause extreme exhaustion, after the training session.

While there might not be a whole ‘solution’ which can immediately eradicate the obvious gender gap in sport, there are many things you can do to contribute to making sports a more inclusive environment for everyone. The first and the biggest step is to deprogram the internalised misogyny in your own brain, which causes you to make sexist comments. Following that, think about the insensitivity behind your comments and how you would feel if you were in that person’s place. Start taking more interest in female sports, it is just as interesting as the males’ games! Every minor change you make and encourage other to make, collectively leads up to a bigger change, which can hopefully, in a matter of time, solve this issue.