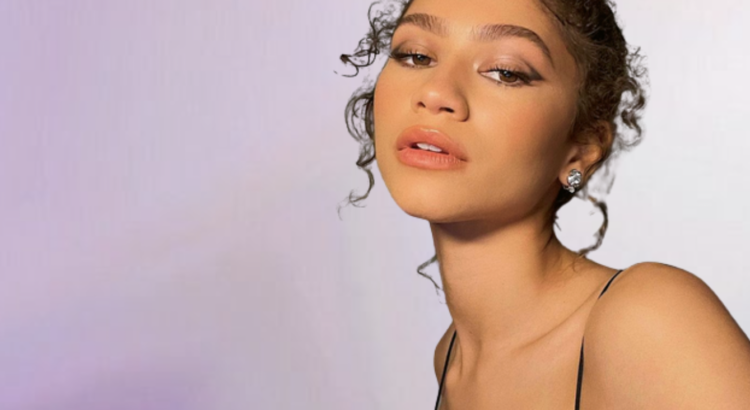 If being a teen was ever hard, talk about being a teen in 2021, when the world is ruled over by social media and the only thing that people think matters is the damn number of likes, which is understandably, the only mark of validation from others. In every teenager’s head, portraying your real and authentic self on social media won’t get you the number of comments you were hoping to get, and this is what leads to an identity crisis. Not only that, the constant inflow of criticism can make it hard to listen to your instinct and understand yourself, without anybody else’s inputs or opinions.

As young people, we understand those feelings and emotions, so The Teen Edit has made a round up of some of the things that can really boost your self-esteem, help you discover your identity, so that you can find your self-confidence and flaunt it wherever you go, without being narcissistic. One important thing to know is that you’re not alone and you’re not the only one who gets thoughts like these; in a world dominated by social media, it’s important to keep your well-being at the forefront.

Identify The Cause Behind Your Negative Emotions

The biggest question is, how can you programme your brain in such a way that you’re able to live your best life? The answer lies in identifying the cause behind your negative emotions. For example, some causes could include that you heard your friends sh*t-talking about you or you received a some criticism; negative emotions can present themselves in many forms and can be cause by many different factors, it’s all about figuring what’s causing you to feel bad about yourself.

If you value the relationship with the people who were talking behind your back or the person who’s constantly criticising you, it may stem from their internal insecurities, so firstly stop blaming yourself for it and secondly, go talk to them about it. If they continue to behave in a toxic manner towards you, it’s time to leave that relationship in the past and move on.

If the cause of your negative thoughts is not a person, for example, a particular subject that you’re finding hard in school or being unable to keep up with the constant inflow of assignments, you’ll have to work hard to get those done. After that, try to learn from the situation you put yourself in, don’t procrastinate in the future and seek help from your teachers, friends or online websites when you need it. After that, do some feel-good things that you can do on a bad day.

Figuring Out Your Identity

Okay, now we’ve arrived at the main step. It can be especially hard when seemingly everyone around is telling you who to become. So how can you figure out your identity? Feeling confident is more of an inside job, nobody can build it for you. Sure, people can give you marks of validation in the form of compliments, which can be a little confidence booster, but you should be so confident in your own skin, that you don’t have to rely on others to make you feel better about yourself.

What are some characteristics in a person that makes me attracted to them?

What are the characteristics I associate with being a ‘good person’?

If I were in somebody else’s shoes, would I associate myself with those characteristics?

What are some qualities that I want to be able to identify myself with?

How do I want to be seen in somebody else’s eyes? Here it’s also important to note that people may perceive you completely differently and based on other people’s opinions of you, though they might not know you, they might already have a preconceived notion of your personality, but that’s not your fault. Take some effort in trying to get them to know the real you.

Who do I look up to and why? Here, try to identify what character traits you see in them that makes you admire them.

After all this, you should have made a pretty long list of traits you admire and cherish. Based on this list, you’ve identified the type of personalities you truly admire, not strive to work on implementing them in your personality. You could be looking up to Taylor Swift because of her kindness and hard-working ethic. Think about how you could work towards fitting those traits into your own character. It could be by being more compassionate about the underserved communities or working on your dream everyday instead of wasting your time.

In order to be more confident, you need to be more outgoing. If you haven’t built up your identity yet, getting out of your comfort zone can be intimidating but once you do it and you’re surrounded by the right group of people, the experiences you get are rewarding and you’ll feel accomplished. Whether that means trying out that dance class you’ve been eyeing and are too scared to do or starting that YouTube channel, it could be anything. Life’s too short for you to not just go and do it.

If you’re surrounded by a strong support system, you’ve got nothing to worry about. They’ll encourage you to do whatever you want to do. If that’s not the case, you’ve got nothing to worry about either. Be your own support system and just go for it. Another confidence builder is talking to more people, exploring new places, being adventurous and experimenting with hobbies. You never know what you might succeed in and success can build up your confidence drastically. At the end of the day, only you can build up your own confidence, so figure out your way to do it!

Listen To Your Thoughts

Do you ever just daydream about that one embarrassing thing you did a year ago and then that thought just consumes you? Well, same, and the worst part? You can’t even control it. Then, the thoughts just won’t go away and you’ll feel consumed by feelings of embarrassment.

Now, have you ever experienced imposter syndrome, where you felt like you didn’t belong somewhere, whether that be at a large social gathering or a family dinner. Well if you have, experienced both or either of these, this one’s meant for you. Don’t just try to dismiss those negative thoughts because they can be detrimental to your self-image and later present themselves in bigger and worse forms.

The most apt thing to do in that situation is to be mindful of your thoughts and listen to them. Sit down on a table with a journal and pen in your hand. Let the thoughts come in, but be cautious, and don’t get overwhelmed with them. The emotions will flow at their own pace, and while they do, write it all down. After you’re done, analyse the situations and ask yourself questions like: What could I have done better? If I’m in this situation again, how would I differently react? Are all my emotions stemming from social situations or school? Then think about whether this embarrassment is getting you anywhere. The biggest factor that prevents people from living their lives to the fullest is the thought of people judging you. Embrace your true and best self and show up as them (and behave like them too!)

If it’s something like school or your grades that’s getting overbearing, then take a step back and try to plan out your week beforehand, so that you’re always on time with everything. You may not realise it, but this can be a big confidence and mood booster.

Listen To What Other People Are Saying About You

Now, this isn’t meant in a way where somebody says something bad about you and you let yourself think that you’re that person when you know you’re not. Listening to what other people are saying about you basically means listening to the constructive criticism you’re receiving.

This can be especially hard, either if you’re very insecure about yourself or if you have a high ego. But, when people are talking about you, don’t let that get the better of you. Case in point: a teacher tells you that your project was very informative, but was done a little hastily. Naturally, as a human, we’re more likely to only pick up the latter part of your teacher’s statement, when they have also praised your work. Listening to the good part can be a real confidence booster and it’s all about implementing what you could have done better.

Everyone struggles with identity issues. It’s all about understanding what works for you as an individual. And don’t worry, your confidence will come as your personality grows and you’ll eventually have the self-esteem you’ve always wanted. Also, try not to let your negative emotions consume  you because it’s all a part of learning about yourself and growing as a human being. Discovering your identity is a continuous process, so go with the flow and take your own time with it. It’s easier said than done, but with practice, all can be achieved.