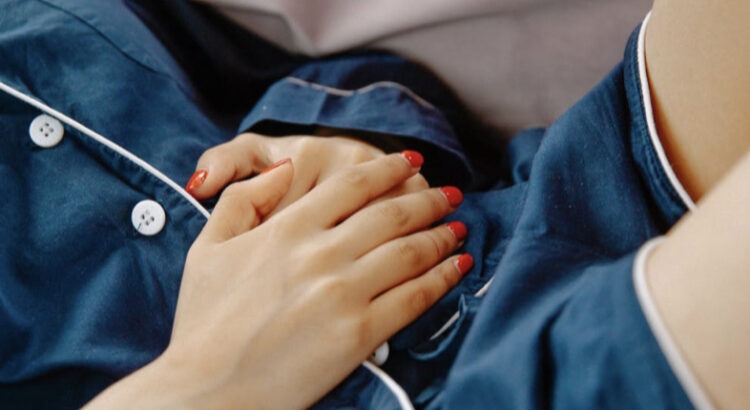 One of the biggest reasons why periods are described as being painful and inconvenient is because of the cramps that are associated with it. So many of us get them, but cramps really are on a broad spectrum where you could be going through painless periods or having them so bad that you’re at the point where you are cursing your uterus, unable to sit in one place or concentrate. Seriously though, there’s no reason that you should be struggling endlessly because a quick reality check: your periods aren’t going anywhere for a while. While that might suck, don’t worry we’ve got you covered; we’ve found a few easy ways to make it suck less.

This is probably the one that’s been around for the longest time, just because it’s always been so effective. The heat basically increases the blood flow to the area and relaxes the muscles, which are in fact, the cause of the pain. It relieves the pain on the area and is a quick and effective method of making your cramps go away. It’s also widely used because you can’t just keep it on your belly and feel your pain go away, no matter where you are. If you have access to a comfortable place in your painful situation, snuggle up with some pillows near by and slowly relax. A conventional or electric heating pad, both work great, it’s just a matter of preference.

We know: not the most appealing, but you’re going to thank us. The the seemingly never-ending cramps are just making you feel worse, we understand all those feelings. But honestly, the post-workout endorphins are unmatched. Get a little sweat in with half an hour of movement. You might not be in the mood to do burpees or work your abs, which is totally understandable, but yoga, pilates, walking, a few body weight exercises or if you’re feeling it, load up on those weights! Not only does this increase blood circulation throughout your body, but it also realises endorphins, which are happy hormones that will immediately boost your mood and positively affect the rest of your day. When you’re exercising on your periods, know your limits. You don’t want to get dizzy, which is totally the opposite of the purpose of exercising on your periods.

This will sound like the absolute worst idea, especially when you’ve got cramps because who ever craved kale on their periods. Don’t just consume bowls of spinach and kale and also avoid caving completely to you cravings and eat that sugar-loaded chocolate cake because both will make you feel like sh*t and that’s not what we’re aiming for. Try to eat like you normally do and if you’re craving something really bad, eat till your mood has improved and don’t go overboard: you know you’ll regret it later. Foods to avoid include greasy, highly sugary food or cold drinks.

Yoga works miracles, said everybody that tried it. There’s obviously a reason behind it. Doing yoga on your periods relieves you off that nagging, frustrating pain while also increasing your blood flow throughout your body. In general, a lot of yoga poses are extremely effective, but a few that work like magic include: Child’s Pose, Camel Pose, Knees To Chest, Forward Bend and Reclining twist. So grab a mat or strike a pose on any soft surface.

Massage can be so relaxing after a tiring month, but ever wondered what it was like to have your abdomen area massaged when you’re on your period? Well it’s time to find out. Research shows that lavender and sesame oil work wonders while menstruating, but any essential oil with a relaxing fragrance should work just fine. The best ones with the exception of the two mentioned above include eucalyptus, ylang ylang, rose and chamomile. Massage over the abdomen or other painful areas and feel your pain go away. You can also massage on the underside of your feet, at the point below the middle of the foot, towards the inner side. It targets to relax the uterus and ease menstrual pain.

Hydration won’t make your cramps just disappear but it’ll keep you hydrated so that you can stay on your feet and not just lay in bed all day. It also keeps your cravings at bay so that you don’t inhale crap all day long and go on a guilt-trip later. Plus, it reduces that period bloating (which, by the way, is completely normal). Water with electrolytes in it is an additional bonus because it keeps you energised and especially good if you have a long day ahead of you. Sipping on some ginger tea or hot liquids that are not loaded with sugar will also make you feel better and relieves the cramps to some degree.

Word of advice though; don’t load up on coffee or anything caffeine because it can constrict your blood vessels, which in other words, may not make your cramps worse, but will definitely not make it any better.

If the pain still persists and you feel like it’s impossible to move, it’s highly advisable to pop a pain killer like Ibuprofen. Another option would be to substitute that with a fish oil tablet, which has shown to be greatly effective in getting rid of cramps.

When all else fails, all hail the gynaec. Talk to them about it and they’ll be able to figure out what is best for you or if there are any other, underlying causes which could have caused it. You shouldn’t have to be in extreme pain every month! All hail painless periods.